New Luton arrival flightpaths and hold bring noise blight to Cambridgeshire. What can you do?

New Luton arrival flightpaths and hold bring noise blight to Cambridgeshire. What can you do? 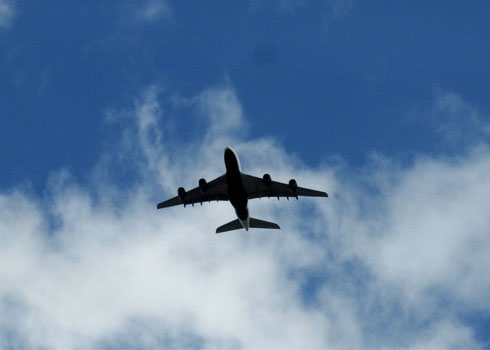 "Airplane" by Sean MacEntee is licensed under CC BY 2.0

We voiced our concerns at the CAA public evidence session where we called for the proposals to be withdrawn.  We were very concerned about the potential impacts, including loss of tranquillity due to noise pollution, impact on climate change and air pollution.  We believed these proposals to be premature when a wider review of airspace in Southern England is currently being undertaken as part of a government Airspace Modernisation Strategy which could mean further changes to the flight path and hold.

The Airspace Modernisation Strategy and wider European aviation policy indicate that new technology should allow stacking of aircraft to be abandoned completely through better queue management, delay absorption and higher linear holds - so we saw no need for this outdated ‘racetrack’ hold stacking to blight our area.

Unfortunately, the proposals were agreed and implemented in February 2022 by the CAA, NATS and Luton Airport. It is now in a post-implementation review and data collection stage until the end of May 2023.  Already we have received numerous concerns from across the hold and flightpath areas, across South Cambridgeshire and Huntingdonshire, of increased noise and low altitude of aircraft approaching Luton Airport causing a blight to local residents.

We encourage residents who are concerned to report disturbing incidents to the CAA (Civil Aviation Authority) and Luton Airport.  Date, time and location are useful items of information to include in your report.

In terms of making complaints regarding aircraft noise or altitude, we would always recommend that individual complaints are made directly to Luton Airport. The volume of complaints and the fact that they are from multiple sources does have some weight.

The following may be of use:

London Luton Airport - how to make a noise enquiry or complaint.

Airspace Improvement Deployment 6 - the introduction of the new ZAGZO Hold and flight paths over Huntingdonshire is currently at the Post Implementation Review Stage.  Data is being gathered until September 2022.